Pauli Malignaggi (born November 23, 1980) is an American boxing commentator, fight analyst, and former professional boxer. Malignaggi competed from 2001 to 2017. He is a two-weight world champion, having held the IBF junior welterweight title from 2007 to 2008, and the WBA welterweight title from 2012 to 2013. Malignaggi was particularly known for his fast hand speed, athleticism, and durable chin. Pauli was the sparring partner for UFC lightweight champion Conor McGregor in preparation for his fight with Floyd Mayweather. 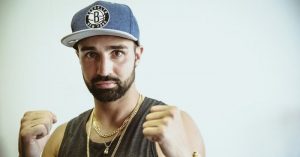 “19 years ago today – March 6, 1998 – I entered the ring for the first time as an amateur. That makes this as good a time as any for me to officially announce my retirement from competition, my life is in a place 19 years later that I never dreamed it could be in. And I have boxing to thank for that. I gave absolutely everything I had to this sport for almost 2 decades, and I will never lose the many, many incredible memories that were created during that time.” Malignaggi said on social media about his retirement.

Retired boxing phenom Paul Malignaggi has come forward with his

UFC megastar Conor McGregor attempted to take over the world

Paul Malignaggi has not been on the best of terms

He asked for it, now Paulie Malignaggi’s got it. UFC

Paulie Malignaggi and Artem Lobov have had a lengthy Twitter

Look, we aren’t going to sit here recapping everything that