Kevin Lee (born September 4, 1992) is an American professional mixed martial arts (MMA) fighter currently competing in the lightweight division of the Ultimate Fighting Championship (UFC). As of 2017, he was the #7 ranked lightweight in official UFC rankings. Lee also won the Caged Lion and Elite Federation of Fighters welterweight championship, and was also the MECs and EFF lightweight champion. 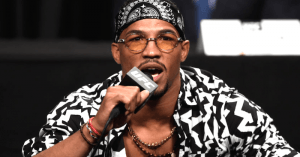 “I started training to fight in June 2011 after taking my first amateur bout with no experience. I had the passion to fight so I went and signed up for one as soon as I turned of age without any training until afterwards. It was something natural for me to do.” Lee stated when asked about how he got his start.

Dillon Danis recently made headlines for issuing a pricey challenge

Weight cutting is a wide spread issue within the sport

While Kevin Lee is a former UFC interim lightweight title

Rumors have circulated this week that the UFC is looking