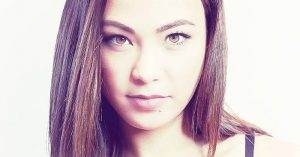 “It was a heavy influence on me going into adulthood.” Waterson told ESPN when asked about her martial arts training.

“It’s really given me a voice. It gave me the confidence I needed to go into the world without shying away. As a kid, I was outgoing, but I also never wanted to make anybody mad. I never spoke out. But martial arts allowed me to stand up for myself when I felt like something wasn’t right or when I felt like I was being taken advantage of.Waterson told ESPN.

The Ultimate Fighting Championship (UFC) is home to many of

Fight fans will be flocking to Detroit, Michigan on Saturday,

Another exciting night of fights is being prepared by the

The Ultimate Fighting Championship (UFC) is preparing for yet another

The Ultimate Fighting Championship (UFC) will be heading to Detroit,