Fight fans will be flocking to Detroit, Michigan on Saturday, Dec. 2, for UFC 218. The Ultimate Fighting Championship (UFC) will be hosting an interesting array of match ups on the night’s fight card. Inside the Little Caesars Arena, UFC featherweight champion Max Holloway will be looking to defend his title from Jose Aldo in a highly anticipated main event rematch. Of course, the night of fights will also be offering a series of other exciting match ups.

Among them, UFC strawweights Michelle Waterson and Tecia Torres will be going toe-to-toe for division dominance. Waterson is coming off of a tough submission loss to “Thug” Rose Namajunas from UFC on FOX 24. On the other hand, “The Tiny Tornado” is currently on a two fight winning streak, having most recently earned a submission victory over Juliana Lima.

With the two strawweights set to throw down just a week from now, here is a look at a statistical comparison between the two fighters. 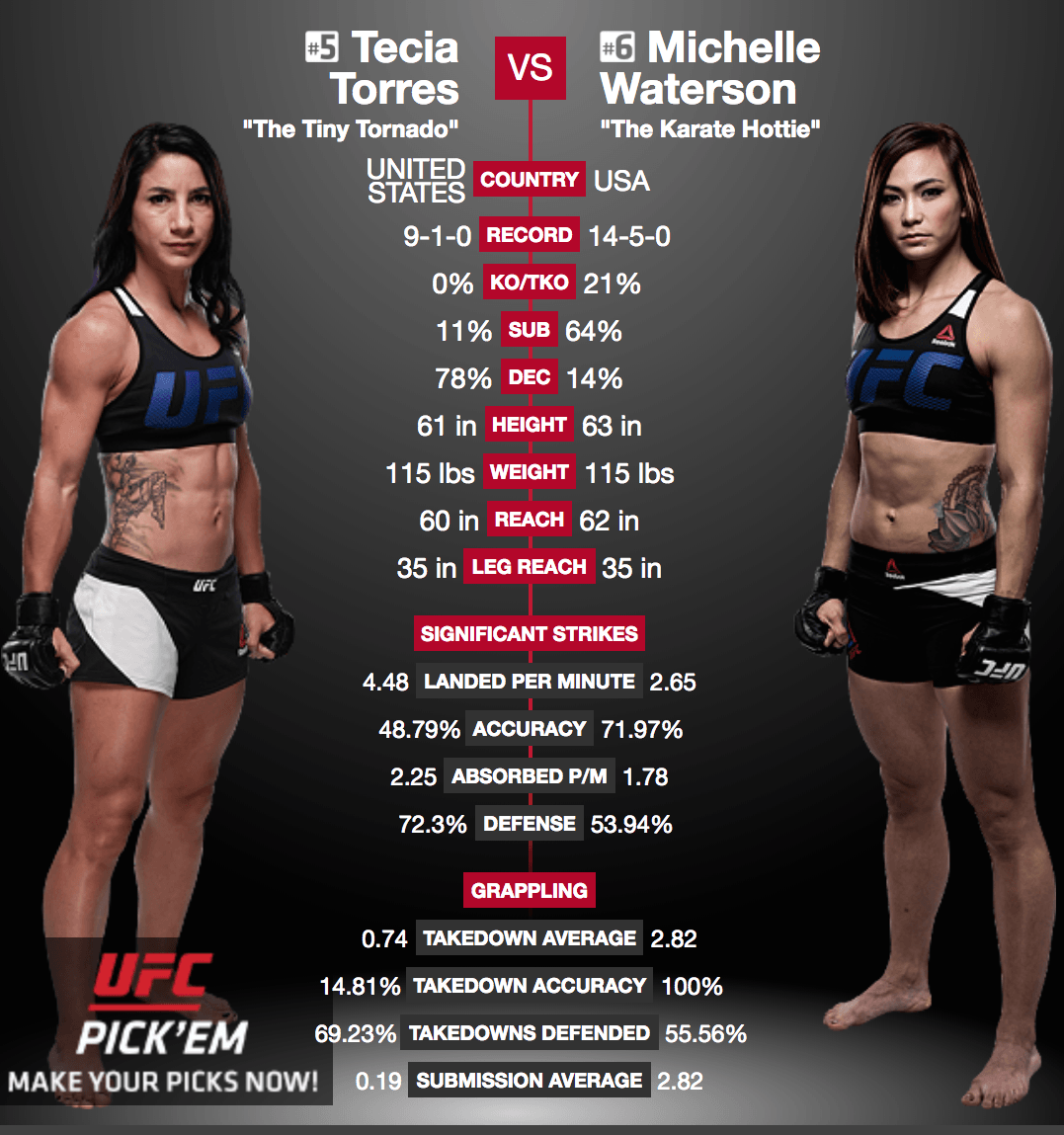 Waterson and Torres is part of a stacked UFC 218 card that includes also includes a heavyweight showdown between Alistair Overeem and Francis Ngannou. And a lightweight fight between former UFC lightweight champion Eddie Alvarez and Justin Gaethje.