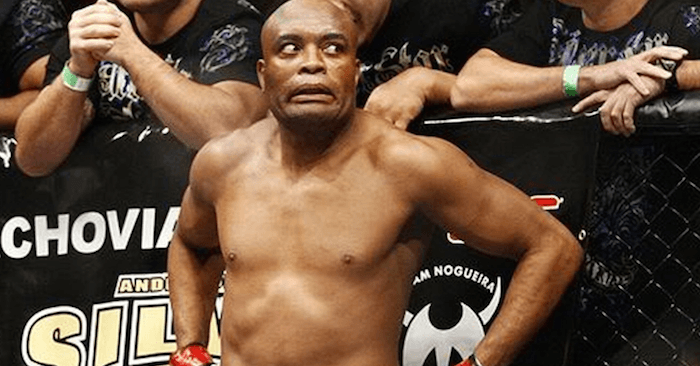 Former UFC Middleweight Champion Anderson “The Spider” Silva says he can fight in three different weight classes in the UFC.

Silva told Combate News, he still has unfinished business as a middleweight before he changes divisions.

“If I fought for the title and won, I’d leave the division,” Silva told Combate (translated by MMA Fighting). “Maybe fight one or twice more, move up or go down. We’ve done some tests with my team and the lowest weight I made was 170, 171, so that could be a possibility.”

Silva says he is interested in a rematch against UFC Middleweight Champion Michael Bisping. In February, Bisping defeated Silva by unanimous decision.

“I’d really like to fight Bisping,” Silva said. “I think I deserve to fight Bisping, for the belt or not, for everything I’ve done in the sport, but that’s not something that will change my life if it doesn’t happen.”

Along with being the longest reigning middleweight champion in UFC history, Silva also has experience fighting as a light heavyweight in the promotion. Before entering the UFC, Silva also competed as a welterweight, but that was over 10 years ago.

Silva is scheduled to fight Derek Brunson in the co-main event of UFC 208 on Feb. 11 at the Barclays Center in Brooklyn, New York. Former UFC Women’s Bantamweight Champion Holly Holm will fight Germaine de Randamie for the inaugural UFC Women’s Featherweight Championship in the main event.