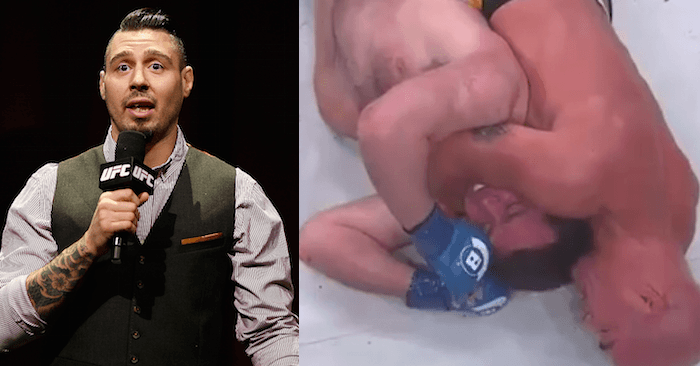 Tito Ortiz made quick work of Chael Sonnen in the main event of “Bellator 170” this past Saturday evening in a fight that left fans at home scratching their heads in confusion. While there is no doubt that Ortiz forced Sonnen into submission with a tight rear naked choke/crank combination, fans and fighters alike are questioning the legitimacy of the win.

Some fans believe that the “fix” is in for the Bellator main event, and Ultimate Fighting Championship’s Dan Hardy has spoken out about the controversy:

The #Bellator170 main event was more choreographed than a Brittany Spears music video. Shame really… It might have been a fun fight.