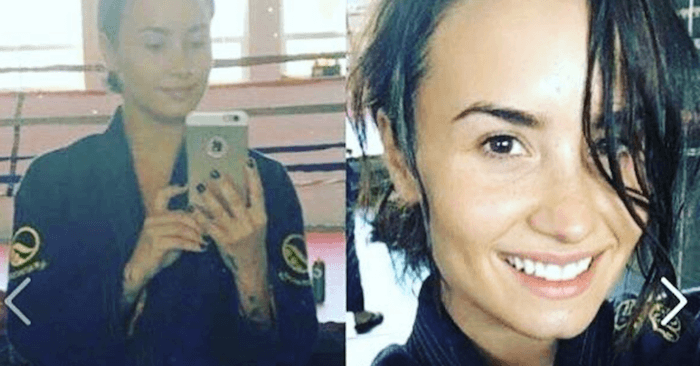 Demi Lovato may be the most dangerous pop artist in the world today.

The former Grammy award nominee posted a video of herself training in jiu-jitsu on her Instagram on Saturday.

In her video, Lovato is grappling her boyfriend, Guilherme Vasconcelos, who is a professional MMA fighter and Brazilian Jiu-Jitsu champion. Lovato is easily able to take Vasconcelos to the ground and submit him with an armbar.

Lovato has been a good-luck charm for Vasconcelos. He is currently on a two-fight win streak and is unbeaten in Bellator.

In 2016, Vasconcelos made his Bellator debut and fought twice that year. His first fight ended with a submission win with one second left in the first round. His second fight ended with a TKO in the beginning of the second round.

Vasconcelos fought once for the UFC back in 2014 at UFC 175. He lost a decision to Luke Zachrich. After losing his UFC debut, he was released by the promotion.