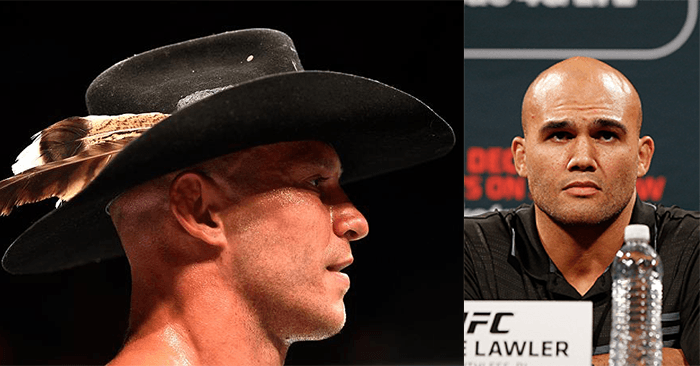 On paper, Robbie Lawler and Donald Cerrone throwing down inside the octagon for fifteen straight minutes sounds like an absolute dream fight. The angry gods of mixed martial arts already stopped the fight from happening once when the fight offer was scrapped for “UFC 205” last year, but it appears this fight is all but official now.

Ultimate Fighting Championship and the T-Mobile Arena will host what could go down as one of the most anticipated fights of the year as both Lawler and Cerrone have agreed to fight at “UFC 213” on July 8, 2017. Cerrone has signed his contract, leaving Lawler to sign his to make the contest official:

Re: Cerrone-Lawler, I was told Cerrone signed but Lawler hadn't yet. Couple minor road blocks. Probable but not a 100% done deal yet.

Lawler has not stepped foot inside the octagon since his loss to Tyron Woodley last year. Cerrone, on the other hand, has been keeping active and suffered his first loss since December 2015 when he got knocked out cold by Jorge Masvidal. Who do you think will walk out of the octagon with their hands raised in victory? Share your thoughts and make your predictions in the comment section below!