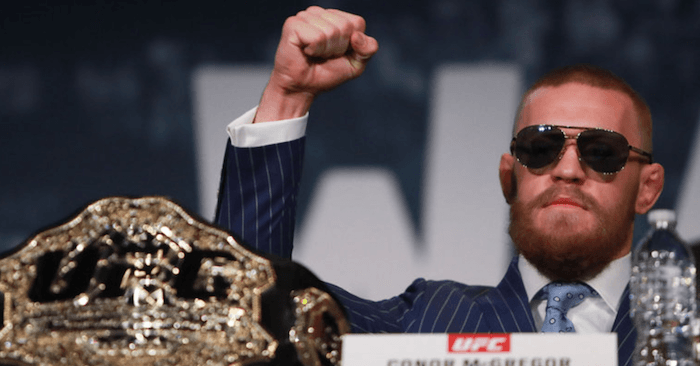 Conor McGregor is in Ireland answering questions today with the media for the first time since his 10th round TKO loss to Floyd Mayweather.

Earlier we learned about where Conor’s heads at regarding his next opponent. While remaining non-committal, the UFC lightweight champion did say that he wants to see what happens in next week’s UFC 216 main event between Tony Ferguson and Kevin Lee, before deciding.

Conor McGregor has been linked to potential fights against Nate Diaz, Canelo Alvarez, and Floyd Mayweather, though nothing has been decided, but his coach John Kavangh knows what fight he wants.

Respected MMA Reporter Peter Carroll reports today that Conor is willing to fight on Dec. 30, but only under certain conditions.

“McGregor says the only way he fights on Dec. 30 is if he only has to show for the weigh-in and then fight”

McGregor says the only way he fights on Dec. 30 is if he only has to show for the weigh-in and then fight

Thank you for checking us out. Have a great day!