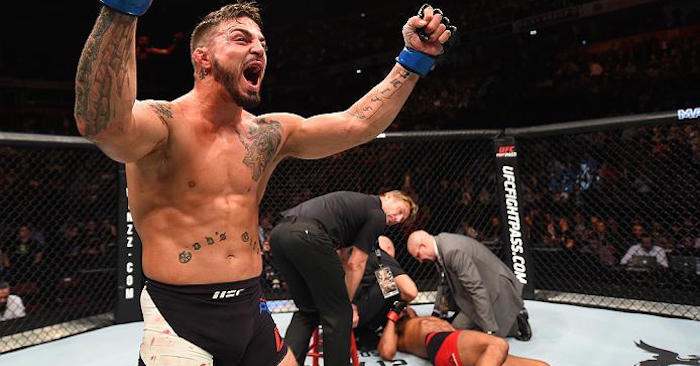 UFC knockout artist Mike Perry is quickly making a name for himself in the Ultimate Fighting Championship. Now, it would appear that the fighter has snared the attention of the welterweight champion.

UFC welterweight champion Tyron Woodley has already defended his title twice this year, with a decision victory over grappling phenom Demian Maia and rival Stephen “Wonderboy” Thompson. Now Woodley has come forward to reveal that Mike Perry is currently on his radar.

In an interview on the Fight Strength Podcast, Tyron Woodley offered his thoughts on “Platinum” Mike Perry.

“The only guy that I kind of respect who talks stuff about me is Mike Perry. Mike Perry pulled up on me, to my face and  said ‘Hey bro, I like your style.’ Not only did he pull up to me, he came to a seminar that I was teaching in Orlando and he took the seminar. He took the seminar, learned some stuff and he said, ‘Hey man, I’m coming for your belt man.’