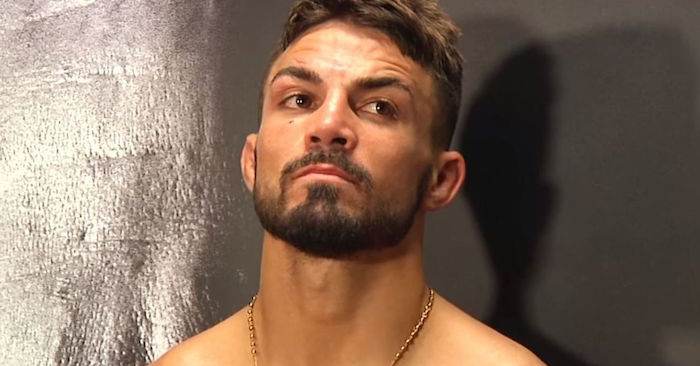 Hurrican Irma came through the southeastern United States last week and left a giant trail of destruction in her path. Many homes in south Florida were left in shambles and without power, as victims scrambled to save their belonging. UFC welteweight star Thiago Alves was one of the many caught in the storm and was unable to make the trip to Pittsburgh that week. Alves ulimately pulled ou of the fight at the last minute, but his scheduled opponent Mike Perry isn’t buying any of it.

“Platiunum” Mike Perry took to the “Five Rounds Podcast” and pulled no punches when discussing Alves not showing up.

“Listen, here’s an opportunity for him to make a hundred grand in one night. He beats me, he gets a hundred grand because if I beat him, I get the hundred grand. He gets more than a hundred grand, he gets more than me to show up. So right there, if he was comfortable enough to stay behind and not get that payday just for showing up, he could have taken that money, flown his family even further out of state so they never would have had to sleep overnight in the gym, his dog wouldn’t have died.”

“If they call me, at the end of the day the UFC makes the final decision. They know that if they call me and say, ‘Here’s a name, what do you say?’ I don’t say no, I say yes. You’re gonna pay me regardless. I’m gonna show up and I’m gonna win regardless, don’t care who it is.

“So if they call and they offer the guy who backed out three days before again – who almost hurt the card because people were there to see me. There was a lot of hype for me to go and fight. People want to see me fight, period, because I come to fight. So if they call me and want Thiago again, I’ll accept the fight, I’ll sign the contract, I’ll prepare to destroy him but he’s going to mentally break again. He’s not gonna come fight me, and if he does, he’ll be on steroids when he shows up and I’ll still whoop his ass.”

Perry doesn’t care who the opponent is though and is ready to step in anytime, anywhere.

“The top 15 guys ahead of me. Who is gonna have a fight that’s gonna fall out? Call me on three day’s notice. S**t happens, 170-pound fighters lose fights. Call me.”