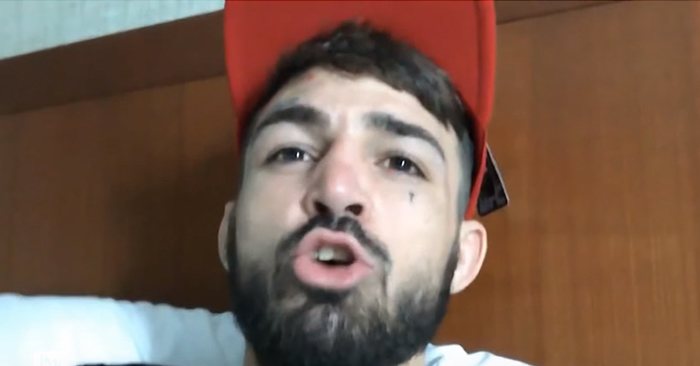 It would appear that UFC knockout artist Mike “Platinum” Perry would like for the Ultimate Fighting Championship (UFC) to make some changes.

However, the practices are not permitted in the UFC. Now, Mike Perry has gone to Twitter to give his thoughts on the situation:

“We should bring back #FaceStomps and #SoccerKicks @ufc effective techniques”

Face stomps or no, Mike “Platinum” Perry is now on a two fight winning streak inside the octagon.

Most recently, Perry has earned a stunning knockout finish over Alex Reyes and an impressive stoppage over Jake Ellenberger. Now 11-1 in his career, “Platinum” Perry suffered a unanimous decision loss to Alan Jouban at UFC on FOX 22, throwing the fighter off of a nine fight winning streak.

We should bring back #FaceStomps and #SoccerKicks @ufc effective techniques

Thanks for checking out our article. Have a great day!