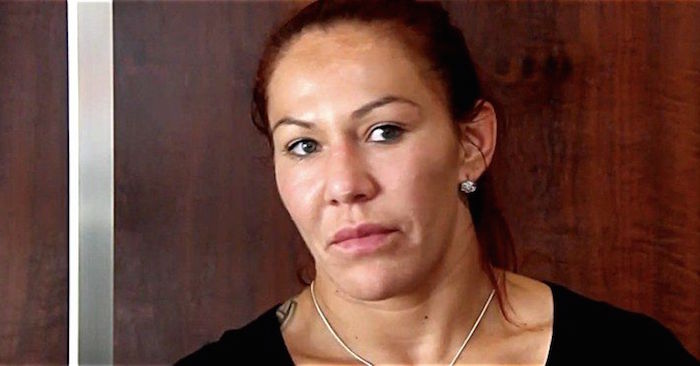 It was recently reported that UFC featherweight champion Cristiane “Cyborg” Justino (Cris Cyborg) had a little trouble with a pair of USADA agents while spending some time in Thailand.

After USADA agents began asking questions around Justino’s hotel, the police were called to the scene.

It was later revealed by Phuket Top Team owner Boyd Clarke that the USADA agents did not come forward as USADA agents, and since their activity seemed suspicious, the hotel called the cops.

“Speaking directly to Cris they learned that the testers where checked into the hotel to do their job of collecting a urine sample for testing and not on vacation. The police further investigated the situation to discover that neither employee had a valid work permit and when questioned both individuals from Singapore failed to mention they were part of any international testing agency, instead informing the officers on site they were only in Phuket for Vacation.”

Initially, this incident looked shady, considering Cyborg’s past with failed drug tests, and the fact that repots on-line appeared to imply that she used the police to evade the testers.

“Cbyrog” revealed that she was compliant with the USADA agents through the incident. Now, USADA has offered a statement on the situation, as provided by MMA Fighting:

“Ms. Justino fully complied with the sample collection process. From collection to delivery, the integrity of the sample was secured, and it is currently being analyzed by the WADA accredited lab in Tokyo. Athletes’ cooperation in providing a requested sample is critical to ensure all athletes’ right to safe and clean sport is protected.”