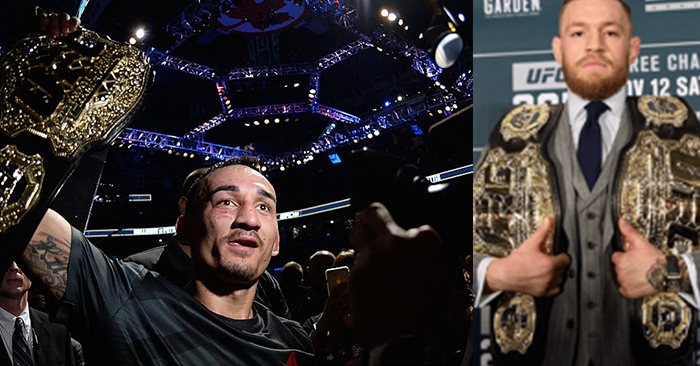 It would appear that UFC featherweight champion Max Holloway is now looking to avenge his tough loss to Conor McGregor. And, the fighter is willing to go up in weight to do it.

“Notorious” and Max Holloway met inside the octagon back in 2013, with McGregor earning a unanimous decision victory over his opponent. Holloway has not faced a loss since then, gaining an impressive eleven fight winning streak.

“He can go around and tell everyone he’s the featherweight champion, but he keeps forgetting numbers. It’s 2017. Imagine LeBron (James) going around and saying that he didn’t want to play against Golden State this year because he beat them the year before. That makes no sense, and Golden State ended up winning.

“People look at this sport different than other sports, and it blows my mind. The whole thing is just crazy.”

Speaking on the chance of him moving up to the lightweight division, Max Holloway continued:

“I’m turning 26, I’m growing, so if that fight happens, it’s probably at (155). Don’t forget your boy is Hawaiian and Samoan. I love to eat. Lightweight is not out of the question.”