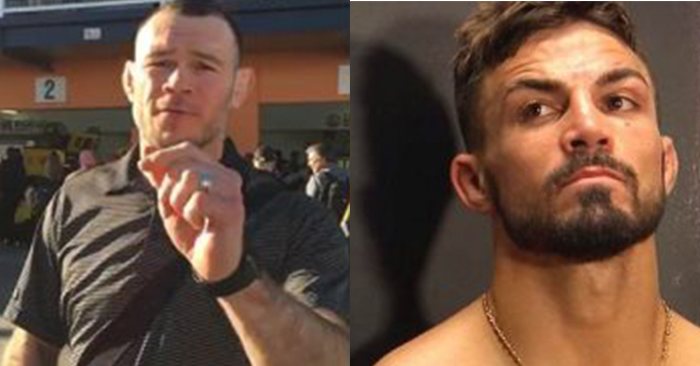 There’s no question that UFC welterweight “Platinum” Mike Perry isn’t afraid to speak his mind to anyone on the UFC roster. Perry has been going at Thiago Alves even prior to their scheduled fight at UFC Fight Night Pittsburgh. However, when Alves was forced to pull out of the fight after being caught in Hurricane Irma. This sent Perry into full blown attack mode.

“Listen, here’s an opportunity for him to make a hundred grand in one night. He beats me, he gets a hundred grand because if I beat him, I get the hundred grand. He gets more than a hundred grand, he gets more than me to show up. So right there, if he was comfortable enough to stay behind and not get that payday just for showing up, he could have taken that money, flown his family even further out of state so they never would have had to sleep overnight in the gym, his dog wouldn’t have died.” Perry said in regards to Alves pulling out.

But Mike Perry wasn’t done yet, as he took it even further during a post on Twitter.

This got the attention of former UFC light heavyweight champion Forrest Griffin, who called Perry out for his comments towards Alves. The brash welterweight star then promptly replied to Griffin, but the former champ gave a simple explanation to him.

Ok I just don't want you to get in trouble