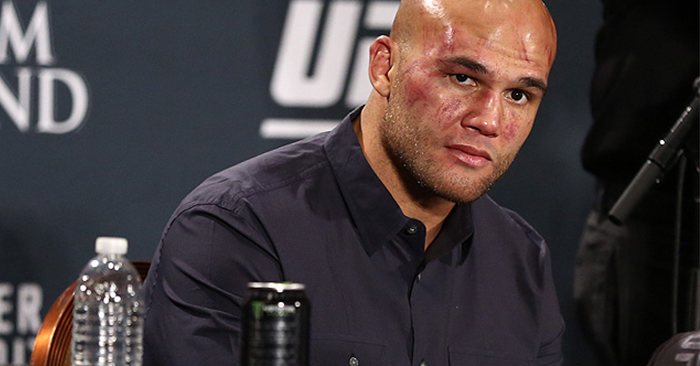 In his last outing, at UFC on Fox 26, former UFC welterweight champion Robbie Lawler got picked apart by former lightweight champion Rafael dos Anjos. Lawler was picked apart and thoroughly outstruck by dos Anjos during their five round main event from Winnipeg. Now, in a new reveal, we have learned that Lawler was very injured in that fight, which we all thought, but can now confirm.

In an interview with Yahoo Sports, Dana said, “The guy’s leg was destroyed. Blew his ACL and meniscus and every other thing that’s in your knee out in like the third round. Wobbled over to the fence, laid against it and asked dos Anjos to come in so they could just bang it out. Robbie Lawler went to the fifth round.”

There’s no timetable on a return for Lawler who had just gotten himself back in the win column after losing his title to Tyron Woodley at UFC 201.