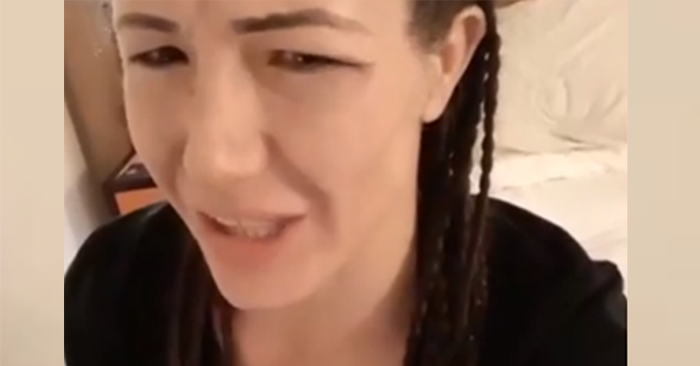 Former UFC women’s strawweight Angela Magana is currently on a bit of a losing streak. Now the fighter has decided to fire back at a recent fan that left a critical internet comment.

Magana competed on The Ultimate Fighter 20, only to be cut from the UFC roster after going 0-3 inside the octagon. On a five fight losing streak, Magana faced off against Kanako Murata at Rizin FF 12 on Sunday.

However, Kanako Murata earned a second round submission victory over her opponent. Magana is now on a six fight losing streak, having not earned a victory inside the cage since Aug. 2011.

Taking to Twitter, one fight fans pointed out that Angela Magana has not won a fight in many years. To that, Magana had a heated response.

“You step in there with her or anyone of them…what’s your result? Easy to say with the mouth isn’t it…pussyboy?”

You step in there with her or anyone of them…what's your result? Easy to say with the mouth isn't it…pussyboy? https://t.co/DnKYXaEkD3