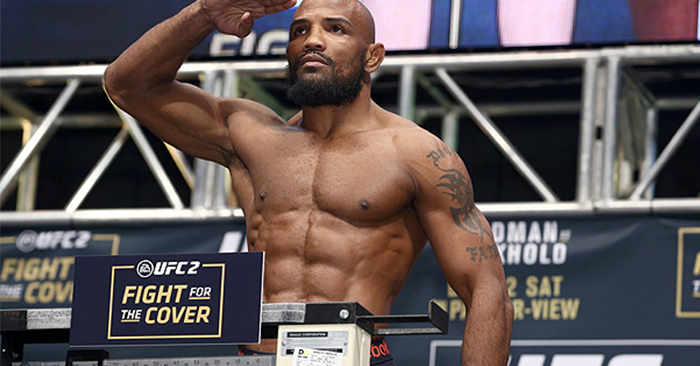 UFC middleweight contender Yoel Romero is coming off of a tough loss. That being said, it would appear that the mixed martial arts veteran was still able to land a massive fight contract with the Ultimate Fighting Championship (UFC).

Yoel Romero faced off against reigning UFC middleweight champion Robert Whittaker back at UFC 225 in what was intended to be a title fight rematch. However, “The Soldier Of God” ultimately missed weight for the match up.

The fight ultimately went the distance, with Whittaker earning a split decision victory over his opponent. Speaking on the latest edition of Ariel Helwani’s MMA Show, Yoel Romero has now come forward to reveal that, at 41-years-old, the MMA veteran has secured a massive eight fight contract with the UFC in renewal of his place within the promotion’s roster.