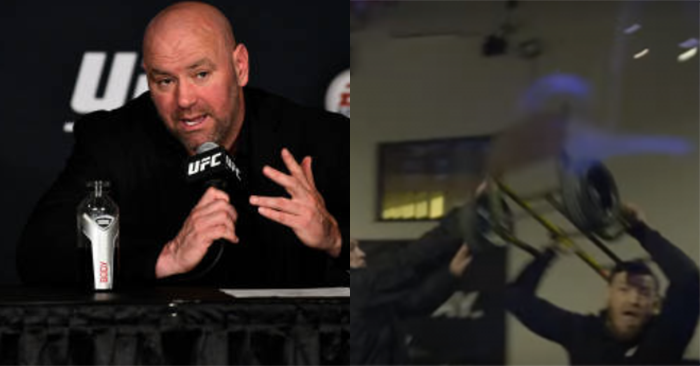 UFC megastar Conor McGregor was involved in a fracas that took place from within the Barclays Center in Brooklyn, New York on April 5. The incident led to the attack on a UFC charter bus that left multiple people injured and “Notorious” facing criminal charges.

Conor McGregor has since reached a plea deal with the New York court system and has had all of his felony charges dropped. Meanwhile, footage of the fighter hurling a hand truck through on of the UFC charter bus’ windows has been going viral all over the internet.

The Ireland native is now set to fight undefeated UFC lightweight champion Khabib Nurmagomedov, who was reportedly the target of the UFC charter bus attack. The two will fight in the main event of UFC 229 on Oct. 6, live on pay-per-view.

In promotion for the fight, the Ultimate Fighting Championship (UFC) has since released a video of the bus attack within a promo clip for UFC 229’s main event. The inclusion of the Barclays Center fracas has since caused some controversy, as UFC President Dana White initially referred to the attack as “despicable.”

Speaking to BBC, Dana White has now come forward with a reaction to the controversy behind including the bus attack footage in the recent promo.

“It was definitely something bad that I didn’t expect from anybody. He got in trouble legally in New York. He had to go to court and hire lawyers and go through lawsuits and all kinds of stuff that goes along with something like that. Obviously, going into the fight, it’s definitely part of the story line.”