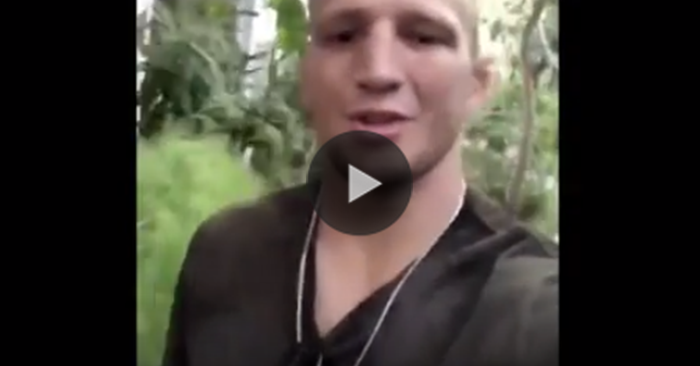 UFC bantamweight title holder T.J. Dillashaw and super featherweight boxing world champion Gervonta Davis have been having a war of words over social media as of late. Now Dillashaw has come forward with a new message for the champion pugilist.

It all started when Gervonta Davis called out T.J. Dillashaw following the UFC champion’s succesful title defense at UFC 227. Since then, the two individuals have been in a heated Twitter war.

Taking to the internet with a new video, T.J. Dillashaw has decided to take things to the next level. Check it out below.

“Gervonta Davis, what’s up my man? I catch you talking shit online without tagging me and then I call you out. Now you want to act like it’s not even me you’re talking to. Man, it’s just pathetic. Let’s get this done. I’m ready, bring it.”