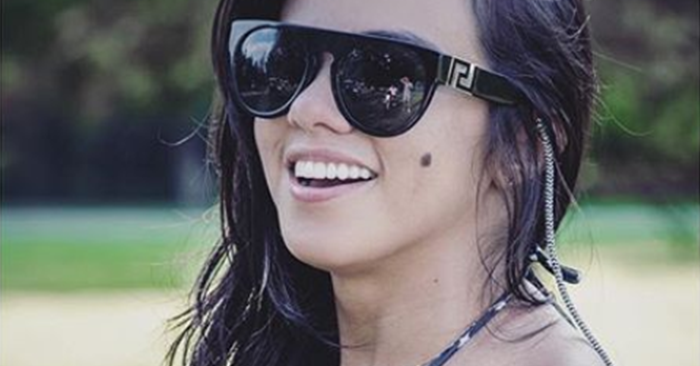 UFC women’s strawweight Claudia Gadelha is riding another stunning victory from within the octagon. Now the fighter has taken to social media to show off just how she is enjoying her time away from the gym.

Claudia Gadelha faced off against Carla Esparza back at UFC 225 in a highly anticipated and long awaited match up. The bout ultimately went the distance, with Gadelha earning a split decision victory over her opponent.

Now Gadelha has taken to Instagram to show off herself bikini-clad as she enjoys some time in the sun. While Gadelha is a Brazil native, the fighter has been spending some time within the United States as of late.

During her stay, the fighter has been on the search for a new bikini. However, the fashion in the U.S. varies a little from Brazil. Gadelha took to social media to ask her dedicated following of fight fans the best place to find a more fitting style of bikini for her similar to those in her homeland. Well, the search is now over. Check it out below.

A bonus gallery of some of Gadelha’s other popular social media posts may be viewed down below:

#tbt to motivate the ones that loves to be in shape. #tbt para motivar os que amam estar em shape. #teamcg

Done for the week ✅

No drugs needed to be high