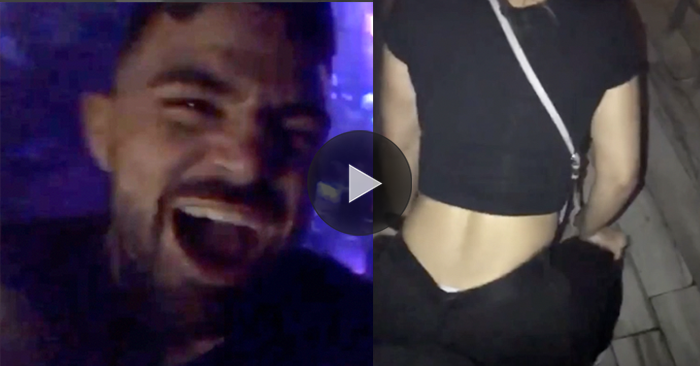 UFC welterweight Mike Perry is currently set to face off against MMA veteran Donald Cerrone. That being said, it would appear that the talented knockout artist recently decided to take a break from the gym to have some fun at a nightclub.

Mike Perry was previously in a relationship with professional tennis player Danielle Nickerson. Nickerson would go on to adopt the moniker “Platinum Princess” after “Platinum” MIke Perry. While Nickerson went on to gain some attention from the MMA community for her time with the UFC fighter, Perry and Nickerson have since broken up.

Ever since then, Mike Perry has been posting pictures and videos of himself enjoying single life over social media. Now the talented knockout artist has taken to the internet to share a video of himself enjoying some time with a girl at a nightclub. Check it out below.

Mike Perry is now set to face off against Donald Cerrone at UFC Fight Night 139. The event will take place Nov. 10 from within the Pepsi Center in Denver, Colorado.