UFC welterweight Mike Perry is currently preparing for his next big octagon performance. That being said, the talented mixed martial artist is now making headlines for another reason.

Taking a moment away from the gym, Mike Perry has now decided to take to the internet. Over Instagram Live, Perry stated “When the 2 prettiest people @ufc like your post.”

The fighter then drew attention to the fact that UFC’s Rachael Ostovich and Paulo Costa offered comments on one of his previous social media posts. Check it out below. 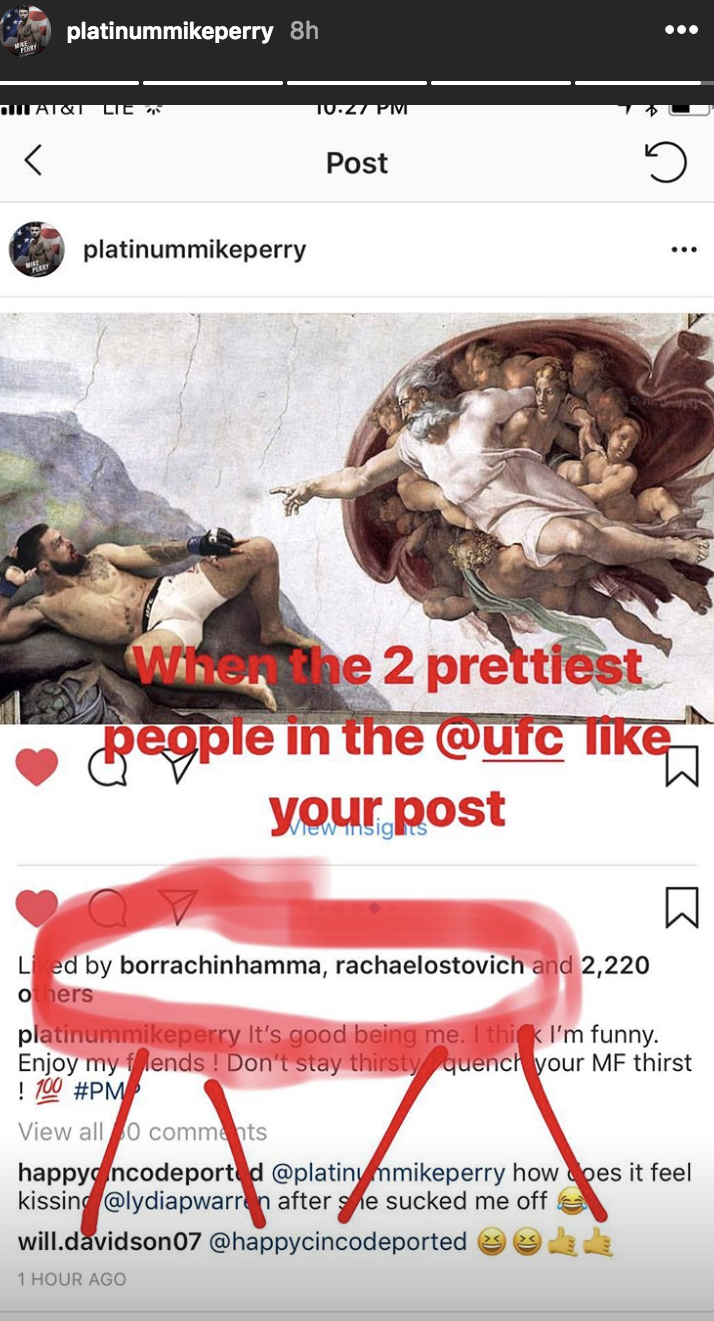