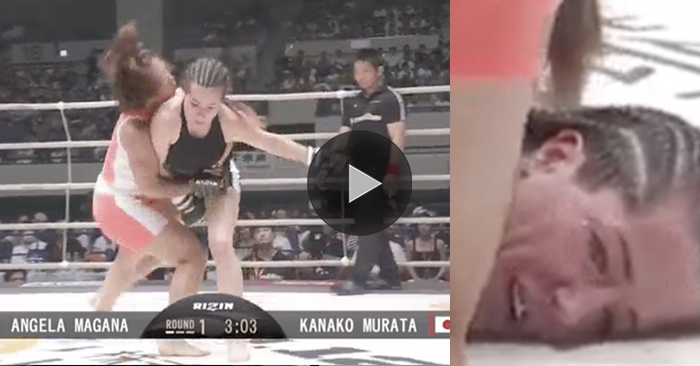 Former UFC fan-favorite Angela Magana returned to MMA action for the first time since being released from her UFC contract.

Magana, a now highly controversial figure in out sport, garners a special kind of name recognition these days.

And while many MMA fans love to play the role of “Magana Hater”, she still has her own legion of fans, making her a worthy investment to a promoter, despite her inability to string together any wins.

Angela Magana has now lost her last six straight fights, and hasn’t notched a victory for over 7 years.

Here’s highlights from the fight: