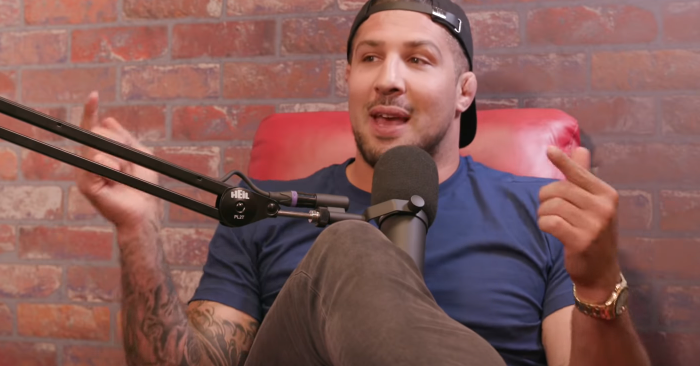 Former UFC light heavyweight champion Jon Jones is currently awaiting USADA’s verdict for his latest failed drug test. That being said, “Bones” Jones has reportedly only been tested once in 2018.

Speaking on his podcast Below The Belt, former UFC heavyweight Brendan Schaub has now come forward to offer his thoughts on the situation. To Schaub, USADA should test Jon Jones the same amount as other fighters or not at all.

“Of course [Daniel Cormier]’s gonna pass the tests. Of course they have to test the athletes, of course they have to test certain guys, but does no one find it kind of sketchy that the guy who we know 100 percent is going to pass the test, gets tested more than the guy who is known for failing tests?! And I’m not even a conspiracy theory guy. But does no one think this is fucking strange? How crazy is that?

“Or how Holly Holm is tested all the time. They have to check boxes. We know for a fact, DC and Holly Holm are never gonna fail a test. So if you test them relentlessly, we can go on your site and go, ‘Fuck, look, they’re doing their job.’ But when you look at people who are skeptical, and they’re not getting tested, do you not think anything’s up here?”

“Again, I don’t want you guys to catch Jon or DC or anyone doing anything,” Schaub said, speaking of his disinterest in seeing PED users caught. “Don’t ruin my sport. You already fucked it up enough. Just don’t test him. Or post fake testing. Just say you tested Jon, I don’t give a fuck. But don’t say you tested him once out of the year and you test DC 11 [times] and tell us you’re doing your job.”