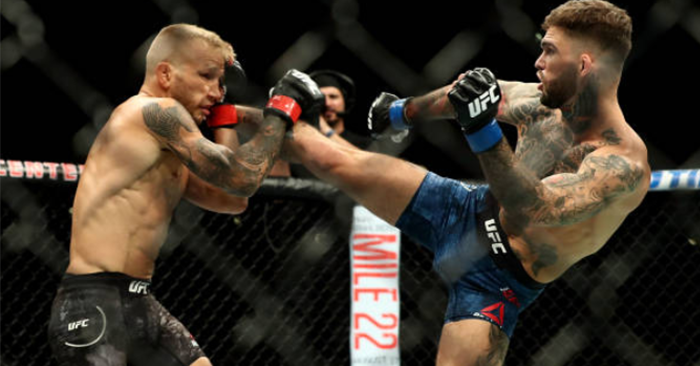 Early in the Conor McGregor’s career, the myth that only the big fighters can pull good pay-per-view numbers was dispelled, and now he’s not the only one who can lay claim that accolade.

That’s because, coming in at the third best pay-per-view of 2018 is last week’s UFC 227 event, headlined by . a bantamweight title fight between TJ Dillashaw and Cody Garbrandt.

As always, ratings guru Dave Meltzer has it: (Via MMAFighting.com)

UFC 227 on Aug. 4 in Los Angeles, a show headlined by T.J. Dillashaw vs. Cody Garbrandt for the bantamweight title and Demetrious Johnson vs. Henry Cejudo for the flyweight title, is currently estimated at doing 300,000 buys.

The number was well above most expectations for the show, which also drew the largest live crowd the company has ever drawn at the Staples Center in Los Angeles, beating out such major fights as Matt Hughes vs. Royce Gracie and Ronda Rousey vs. Cat Zingano.

The number would be in the same range as the April 7 show with Khabib Nurmagomedov vs. Al Iaquinta, for third place this year behind the January and July shows built around the heavyweight title.