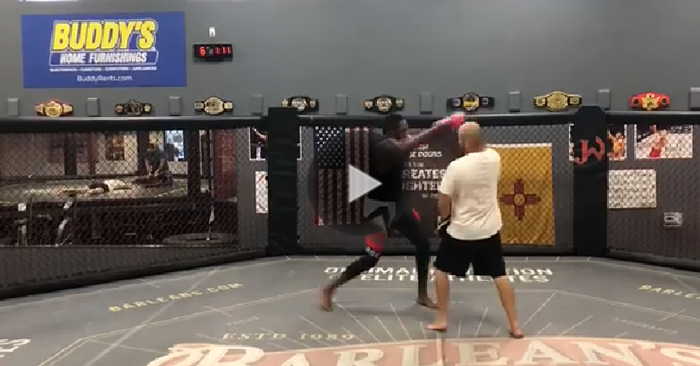 Jackson-Wink coach Brandon Gibson recently commented on how former UFC light heavyweight champion Jon Jones’ training has been coming along. Speaking on The MMA Hour, the coach claimed Jones is developing one punch knockout power that will likely impress many in his next octagon outing.

Well, Jon Jones has now taken to Instagram to show off just what that stopping power looks like. Check it out below.

Jon Jones is currently awaiting USADA’s hearing concerning his latest failed drug test. “Bones” Jones failed a drug test for UFC 214, forcing the fighter to once again be stripped of his title.