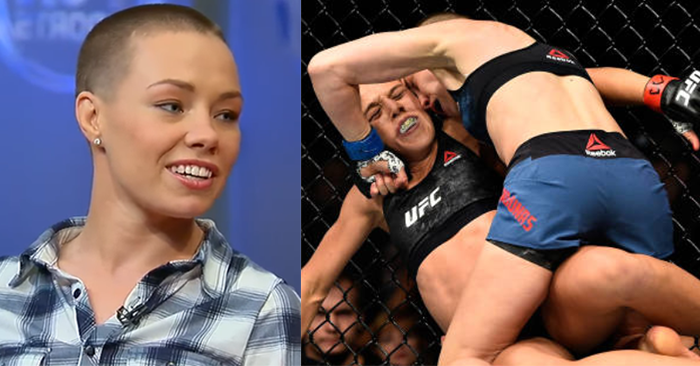 UFC women’s strawweight champion Rose Namajunas has defeated former title holder Joanna Jedrzejczyk twice now. Still, Jedrzejczyk has on multiple occasions referred to herself as the queen of the division.

Speaking to MMA Fighting, Rose Namajunas has now come forward with her thoughts on the matter.

“It don’t really bother me. I know at this point it just kind of sounds silly. The more she talks, the more she just makes herself sound stupid.”

“For me, I like to just try and be positive about everything as much as possible. Of course, you can get dragged into silly shit. I just remind myself that she was a great champion. I looked up to her at one point in my life for a reason and I just try and remember what she did for the sport and just kind of leave it at that. She was a great champion, but now it’s my time. And eventually she’s gotta come to terms with that and be OK with it.”

“I don’t know what she’s thinking, really,” Namajunas continued later. “But I know what she’s saying and she’s saying I’m scared of this or that. I think all that’s really showing is she don’t want to fight the best. She don’t want to fight me, when she knows I’m the best. She wants me to try and lose to somebody else or something, so she can challenge them or something. But she don’t really want to beat the best — and that’s me.”