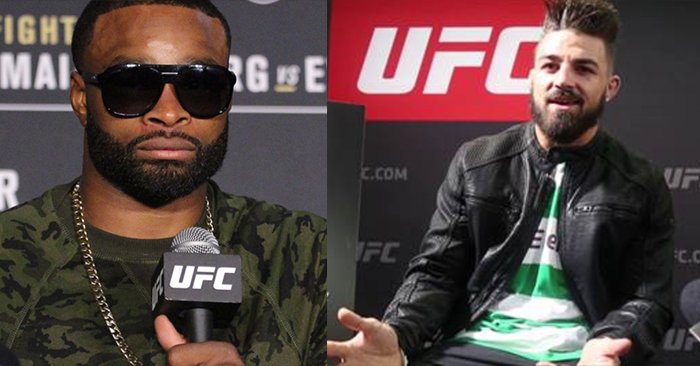 UFC welterweight champion Tyron Woodley is currently set to face off against undefeated contender Darren Till in the pay-per-view main event of UFC 228 on Sept. 8. That being said, the reigning title holder recently took a moment to discuss one of the division’s other tough competitors.

“Perry is crazy. I like Perry. Ya’ll are just now starting to like Perry, but I’ve been saying it for a long time. Perry pulled up to me in Orlando, Florida. I was doing a seminar.

“He was really learning. I was doing demonstrations and stuff, but he’s always had my respect since then.”