UFC lightweight champion Khabib Nurmagomedov put on a dominant performance at UFC 229. After submitting Conor McGregor, the reigning title holder leaped out of the octagon and ignited a brawl among the fighters’ opposing training camps.

Consequently, the UFC has banned Nurmagomedov’s teammate Zubaira Tukhugov from the promotion for his alleged involvement with the UFC 229 brawl. Meanwhile, the NSAC has frozen Khabib Nurmagomedov’s $2 million payday while the investigation into the incident is still underway.

Nurmagomedov has since issued an ultimatum, as the fighter has threatened to leave the UFC if his teammate is not reinstated into the promotion. Hip-hop icon 50 Cent has gone on to offer Khabib Nurmagomedov $2 million for the Dagestan native to shift to competing promotion Bellator MMA.

Nurmagomedov’s manager Ali Abdelaziz has denied the offer, calling it a “garbage” deal. The rapper was quick to fire back with a message of his own.

“Another case of bad representation, This Fool in a cheap suit talking big money.” The rapper said.

Now Khabib Nurmagomedov has come to his manager’s side with a message. Check it out below. 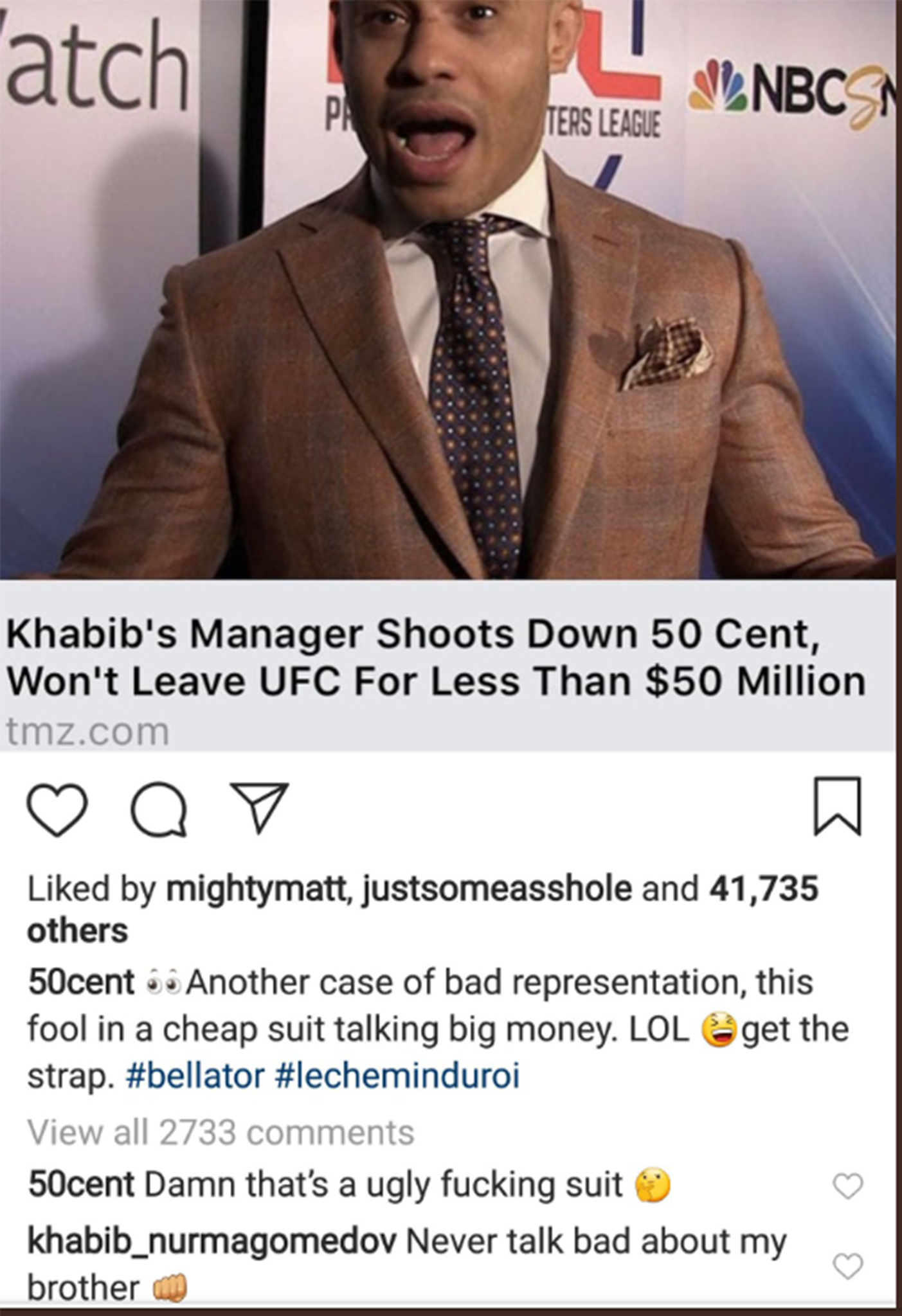