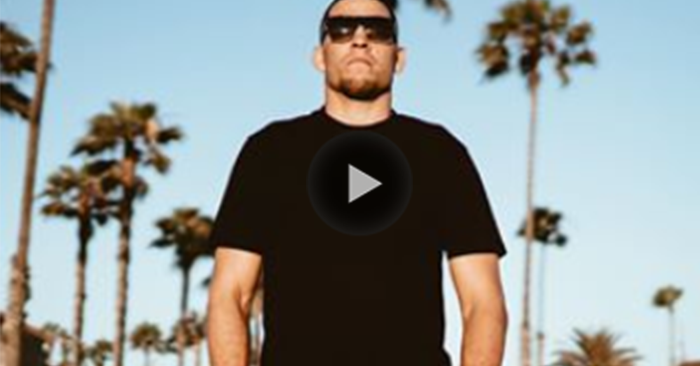 The proud Stockton fighter, Nate Diaz (19-11-0) is coming back to the big screens this Saturday as a co-main event headliner at UFC 241! After turning down several big fights and going back and forth with Dana White on social media, Diaz had enough of being away from the cage and decided to accept the fight against his long-term rival, Anthony “Showtime” Pettis (22-8-0).

After an almost three-year layoff, you may expect some rust on Diaz’s body. However, on the UFC Countdown series ahead of UFC 241, Diaz appeared absolutely ripped! It is obvious that he had been regularly training most of the time and patiently waiting for the perfect opportunity to make his highly anticipated return.

The two fighters were on the collision course for so many years, insulting and calling out each other through the media. Their fierce rivalry began way back in 2013, and as we may reasonably assume, Diaz was the one who triggered the mutual animosity. However, they never got the opportunity to put the hands on each other in the past, and many thought that they never will. At this time, the careers of both fighters are in different stages, but the rivalry and willingness to punch each other stayed the same.

Everything is prepared for the fireworks on August 17, at the Honda Center in the beautiful city of Anaheim, California. The UFC 241 card is one of the best 2019 events and considering the violent intentions of both fighters, this could be the ideal opportunity for them to make a big statement.