Christmas is just around the corner and that means fighters and fans alike are gearing up for the Holiday season. Now a photo of UFC knockout artist Mike Perry’s Christmas card for the holiday has made its way onto the internet.

“Platinum” Mike Perry has put on an exciting career in the sport of mixed martial arts. Having only gone the distance twice in his career, the fighter has 11 finishes to his name. Perry has earned stoppage victories over some seriously tough opponents during his tenure with the Ultimate Fighting Championship (UFC). Inside the octagon, the fighter has finished the likes of Jake Ellenberger and Alex Reyes.

With that in mind, Perry is now coming off of a tough decision loss to Santiago Ponzinibbio from UFC on FOX 26. The fighter is now 11-2 in his MMA career.

Taking to social media, UFC’s own Paige VanZant recently decided to share Mike Perry’s family Christmas card with the world. Check it out in the photo below: 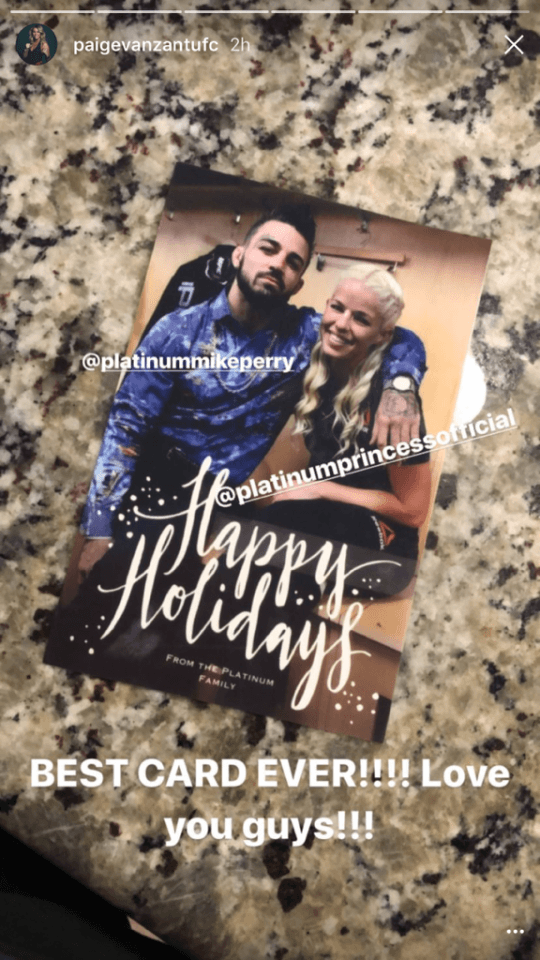 Paige VanZant is set to make her flyweight debut at UFC Fight Night 124, as the fighter will be taking on Jessica-Rose Clark. The fight will go down Jan. 14 in St. Louis, Missouri.