UFC on Fox 26: Lawler vs. dos Anjos is an upcoming mixed martial arts (MMA) event produced by the Ultimate Fighting Championship (UFC) that will be held on December 16, 2017, at the Bell MTS Place in Winnipeg, Manitoba, Canada. Tickets went on sale the week of October 17th. 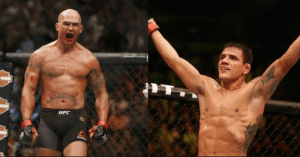 Fight fans are pouring into the Bell MTS Place in

Mixed martial arts warriors are stepping inside the octagon tonight,

The Ultimate Fighting Championship (UFC) is in Winnipeg, Canada for

There is an exciting night of fights going down inside

The world’s most famous mixed martial arts promotion is in

Winnipeg, Canada is hosting an exciting night of fights on

Fight fans are pouring into the Bell MTS Place in

The Ultimate Fighting Championship (UFC) is in Winnipeg, Canada on

It’s been a brutal few weeks for UFC on FOX