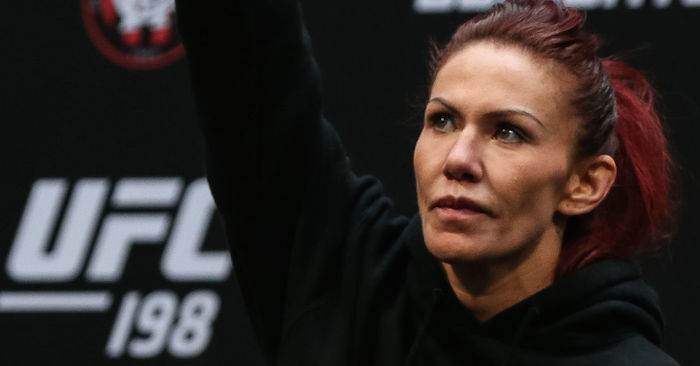 The UFC’s most outspoken and vocal champion is without a doubt the female wrecking machine that is Cris Cyborg.

Always in demand of her due respect, whenever she feels funny about something, she’s first to twitter with a public outcry.

For the past several weeks Cyborg has been campaigning for a fight against Holly Holm in the UFC 219 year-end headliner. And just when it looked like that fight was about to actually happen, the UFC apparently floated Cris a low-ball offer.

Her first title-defense, typically champions are now in the pay-per-view points club, which means a pay increase for big cards. This also usually requires an overhaul of contract, often times with a pay increase for the new champion as they enter their own era.

In the case of Cris Cyborg though, it would appear as if those talks went south, and the UFC offered her less than her last fight to face off against Holly Holm.

As a result, Cyborg has announced that she has cancelled her scheduled trip to UFC headquarters in Las Vegas, where she was expected to finalize the bout.

Here’s what Cris had to say:

“My meeting with the @UFC for next week has been canceled. They want to pay me less to fight @HollyHolm than I made to fight Tonya Evinger”

My meeting with the @UFC for next week has been canceled. They want to pay me less to fight @HollyHolm than I made to fight Tonya Evinger

She also went off and posted some salaries of some other fighters, notably is Amanda Nunes’ base in comparison to Miesha Tate, and the hefty salareis of the other athletes as well. Cris is obviously trying to make another point here.